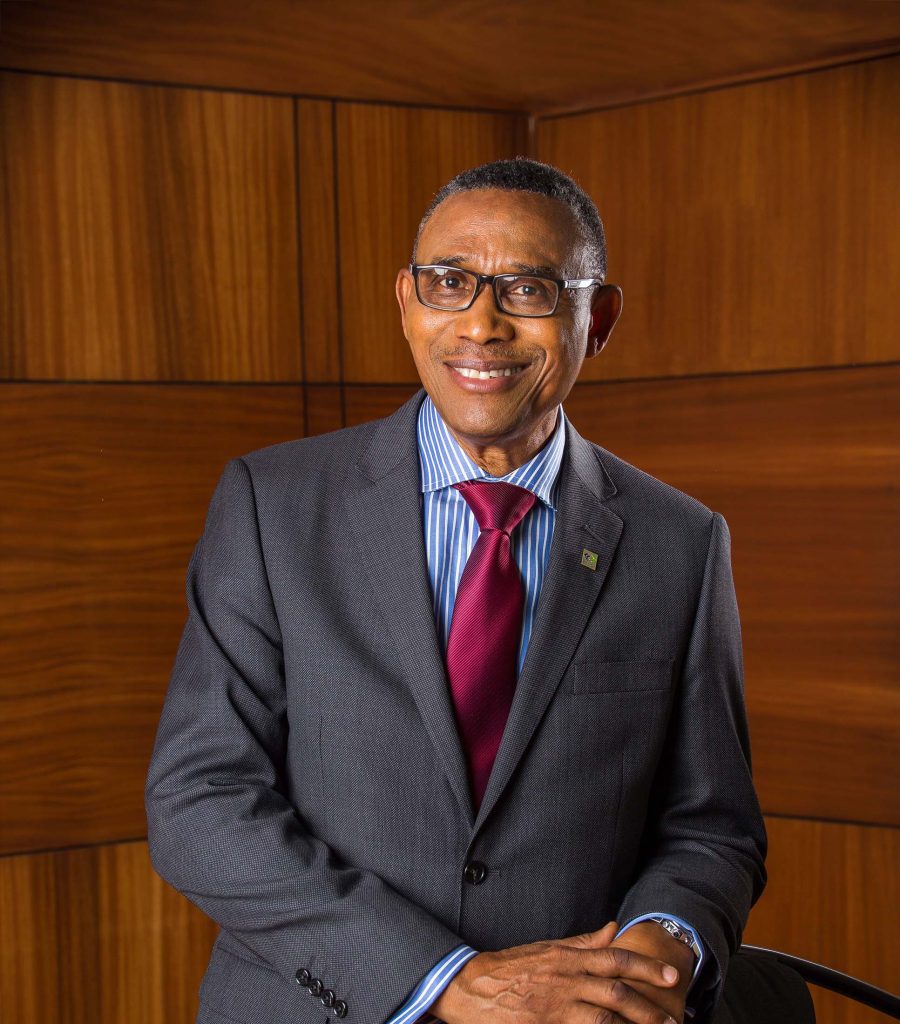 Mr Adebanji attended Yaba College of Technology and obtained his Ordinary National Diploma (Accounting) in 1973. He completed the Chartered Association of Certified Accountants’ examinations in June 1975 and served his articles with Peat, Marwick Cassleton Elliot & Co (now KPMG) in Nigeria between June 1973 and May 1976. He was admitted a Fellow of both the Chartered Association of Certified Accountants (FCCA) and the Institute of Chartered Accountants of Nigeria (FCA) in December 1982 and November 1988 respectively.

Mr Adebanji joined UAC of Nigeria in 1976 and carried out various assignments within the UAC Group until he was seconded to Unilever Plc, London as Management Group Accountant in 1988. He returned to UAC at the end of 1990 as the Group Treasurer. In 1992, Mr Adebanji was seconded to Unilever South Africa as Audit Manager with sub-regional responsibilities for Unilever plc subsidiaries in South Africa, Zimbabwe, Malawi, Tanzania, Kenya and Ghana.

He returned to Nigeria in October1995 to serve as the Financial Director of Nigerian Breweries Plc (appointed in January 1996), and was later seconded to Heineken International in the Netherlands as Group Treasurer from 1998 to 2001. He also served Heineken as Managing Director of Ghana Breweries Ltd and Namibia Breweries Ltd between 2001 and 2007. He retired from the Heineken Group after his assignment in Namibia, and practiced as a Financial Consultant until he joined African Capital Alliance (a leading private equity firm in Nigeria) in January 2011 as a Principal. 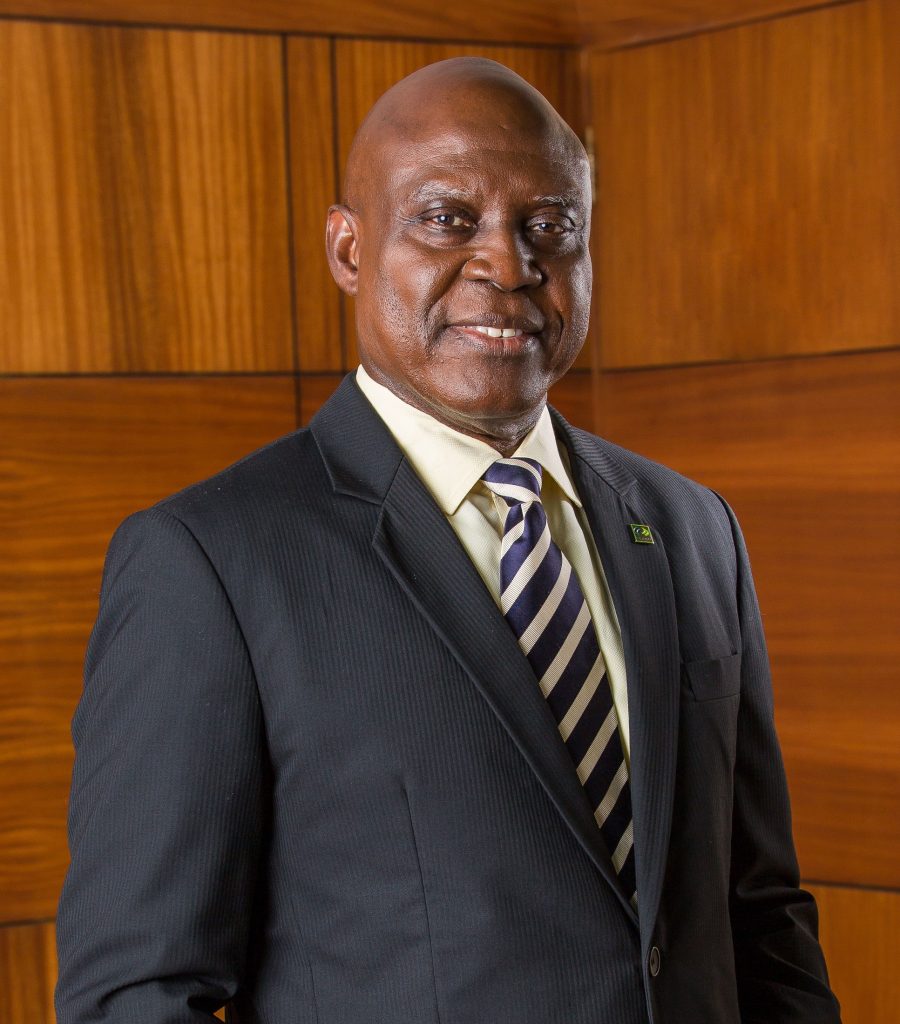 After working in various capacities in a number of organizations, including Citibank Limited, he started as the Founder and Pioneer Chief Executive Officer at Fidson Healthcare Limited in 1995 . He is also the Chairman and Director of many other companies.

He has attended many courses, both locally and internationally including banking operation, organisation development skills, selling skills e.t.c. 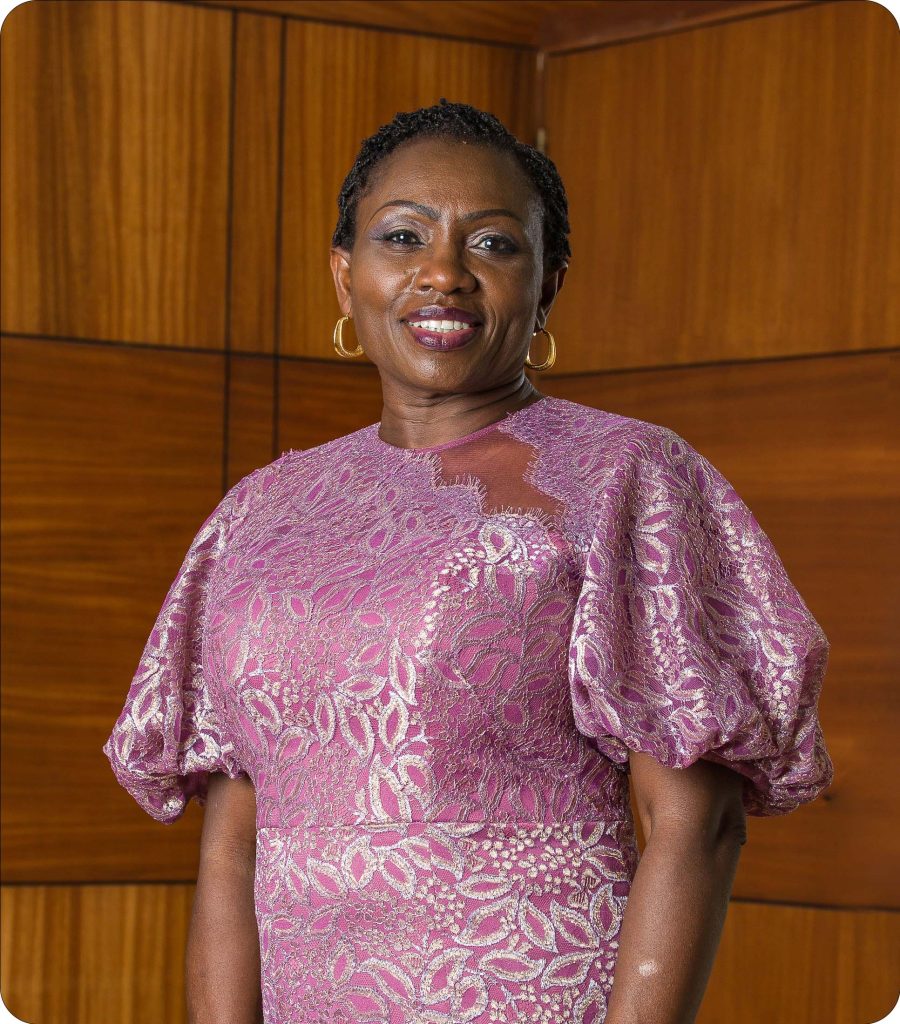 Mrs. Olufunmilola O Ayebae completed her Professional Secretaries Diploma from The London College of Secretaries in the United Kingdom after which she worked in many organizations in various capacities for a number of years before establishing her own business – Goodness Supermarket in 1995 and served as the Managing Director/CEO for 3 years, she is also the MD/CEO of Townhouse Limited . She became a director of Fidson Healthcare Plc in 2001.
Close 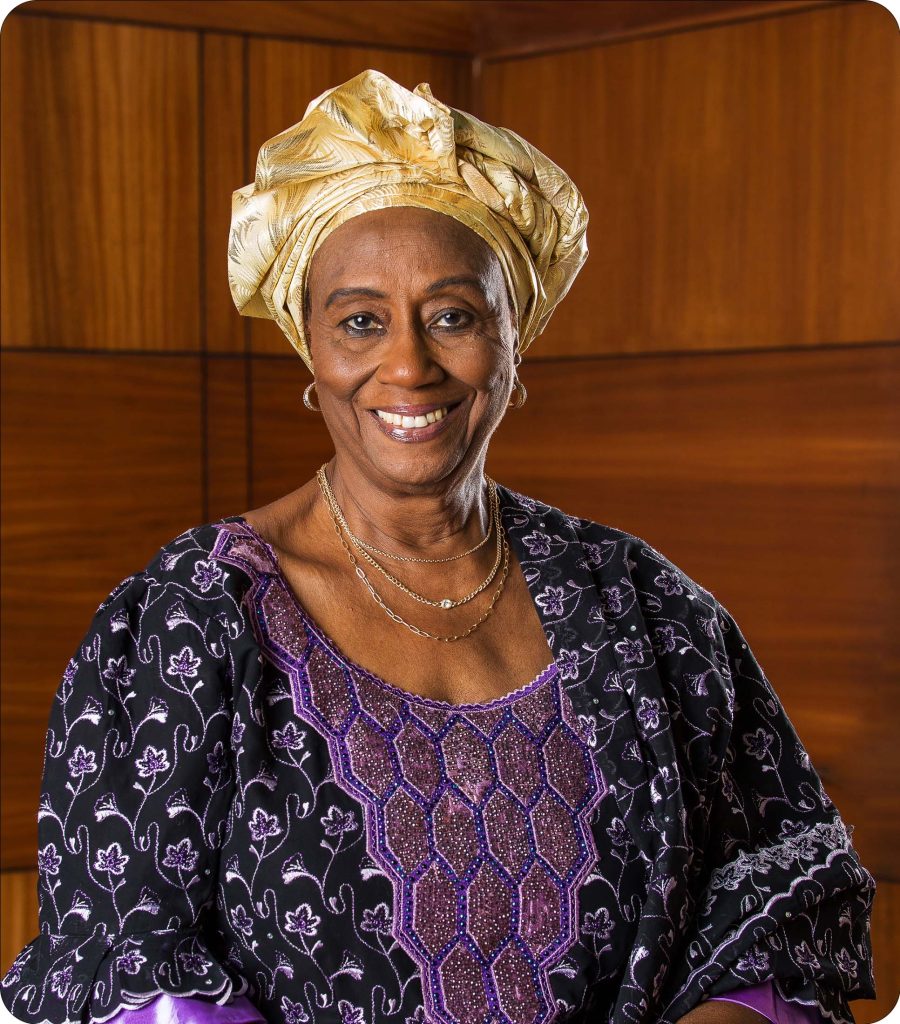 She was appointed Kaduna State Commissioner, Social Development, Youth and Sports in 1988, Commissioner of Education in 1989 and Deputy Governor kaduna State from 1990 to 1992. Chief Mrs Sadauki is a Director of many companies including Zazzau Ginnery Limited, D. A. Sadauki Investments Limited, Hillside Company Limited and MTN Foundation amongst others. She was conferred with Merit Award by Nigerian Veterinary Medical Association of Farmers in 1999 and National Honour of Officer of the Order of the Federal Republic of Nigeria (OON) in 2000. 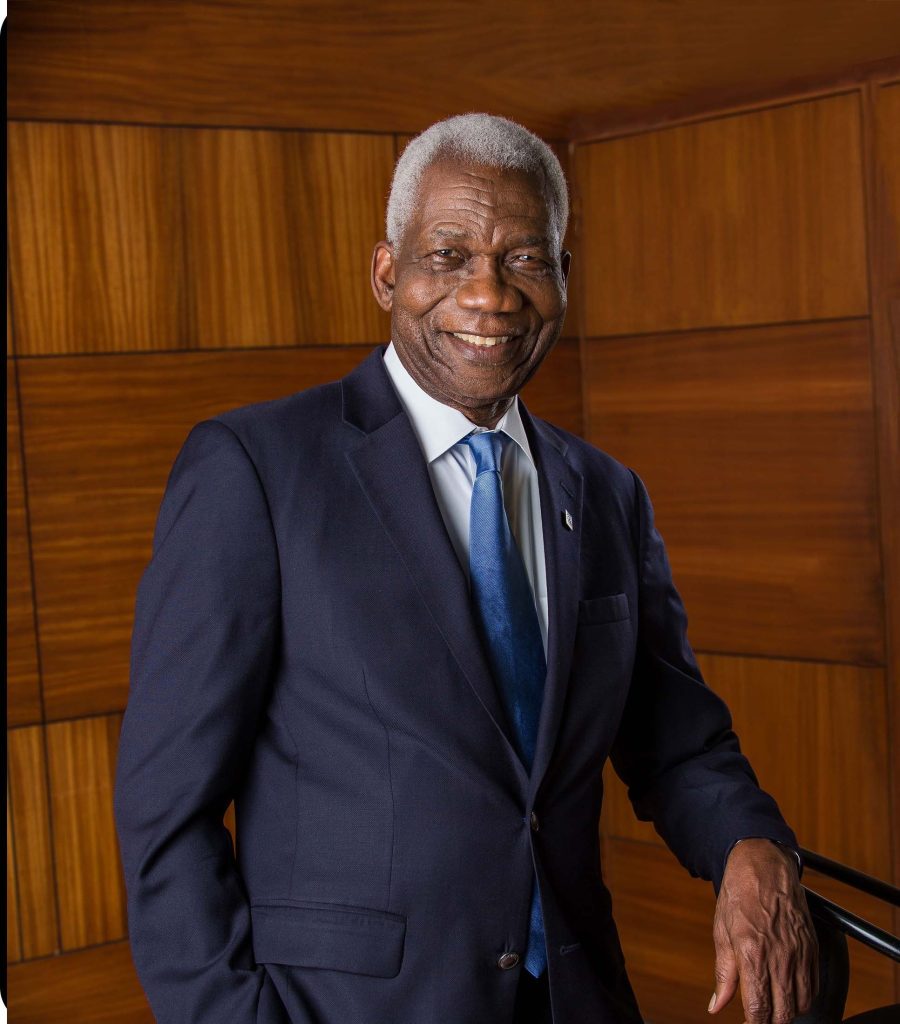 Dr. Vincent Ahonkhai is currently an independent consultant and Principal, Gwynedd Consultancy, LLC in the Philadelphia area, USA. He is an expert in Global Health and Biopharmaceutical R&D with a focus on producing innovative health tools for the prevention, treatment, and elimination of infectious diseases to all persons who need them worldwide.

Prior to his current position, he served at the Bill & Melinda Gates Foundation as the founding Head, Regulatory Affairs, Global Health. He led the partnerships that built a transformative framework for accelerating access to therapeutics, vaccines, diagnostics, and medical devices in low and middle-income countries of the world. He retired as Senior Advisor, Global Health in 2017.

With about 30 years’ experience in multi-national biopharmaceutical companies, Dr. Ahonkhai has contributed to, or led teams that developed innovative products across disease groups. He also managed cross-cutting functions in Clinical Research, Medical Affairs, and product life cycle. Earlier in his career, he was in academic medicine and bench research and has authored over 60 scientific publications in peer-reviewed medical journals. 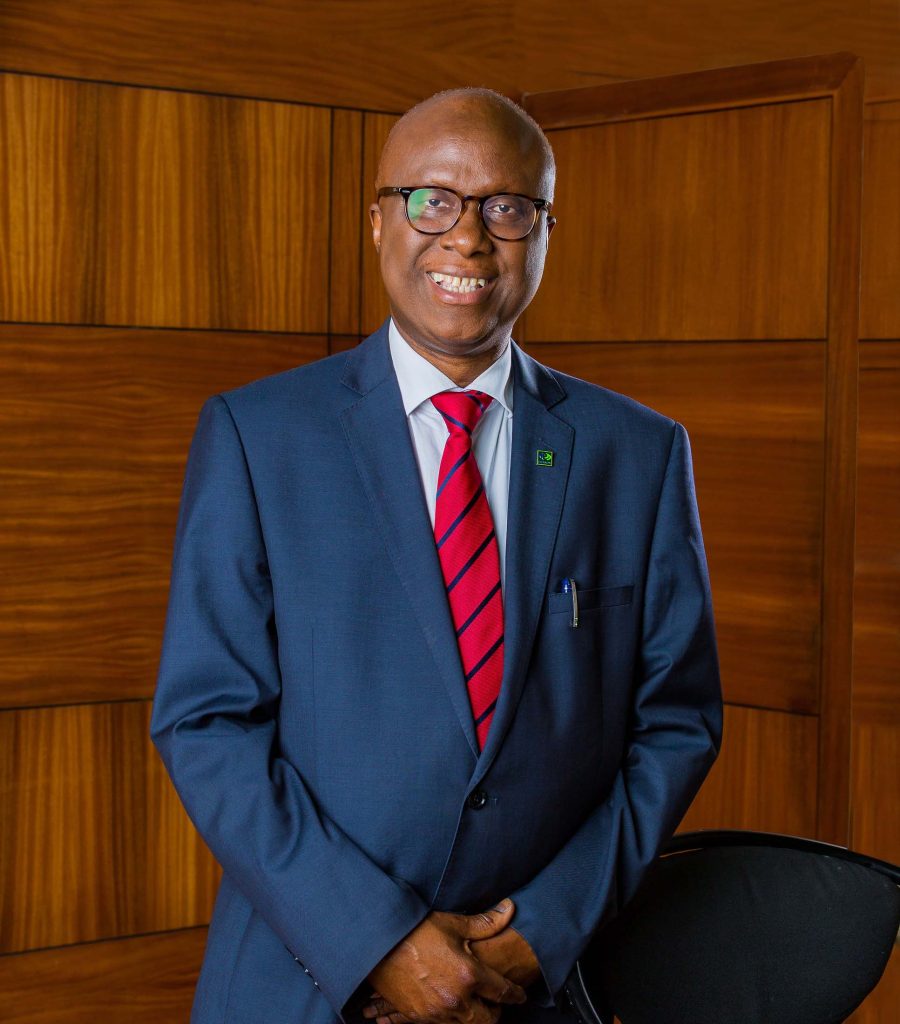 He is a performance-focused, value-driven and purposeful business leader with over 30 years of international business experience. He is versatile in the field of Sales and Marketing, having worked for many years in the FMCG industry. 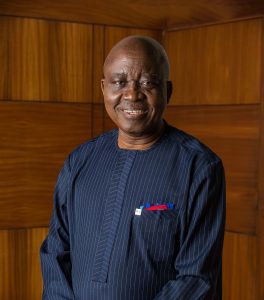 Mr. Imoagene holds a B.Sc Degree in Business Administration from the University of Benin and Masters in Industrial and Labour Relations (MILR), University of Ibadan. He has attended several management development programmes both locally and abroad including Harvard Business School, USA 2000, Wharton Business School, USA, 2002 and Erasmus University, Netherlands, 2008. He worked with Shell Petroleum Development Company Limited as Personnel Officer between 1981 and 1985.

He joined Nigerian Breweries in 1985 as Brewery Personnel Manager and rose to the position of Personnel Director in 1995. He became Logistic Director in 1999 and Human Resources Director between 2004 and 2008. Mr. Imoagene is currently the Human Resources Director (West Africa) for Cadbury Nigeria Plc. He is a seasoned and professional corporate leader with diverse private sector experience. An astute administrator and human resources expert, Mr. Imoagene is a fellow Chartered Institute of Personnel Management of Nigeria. He is a member, advisory board of the Lagos Business School. 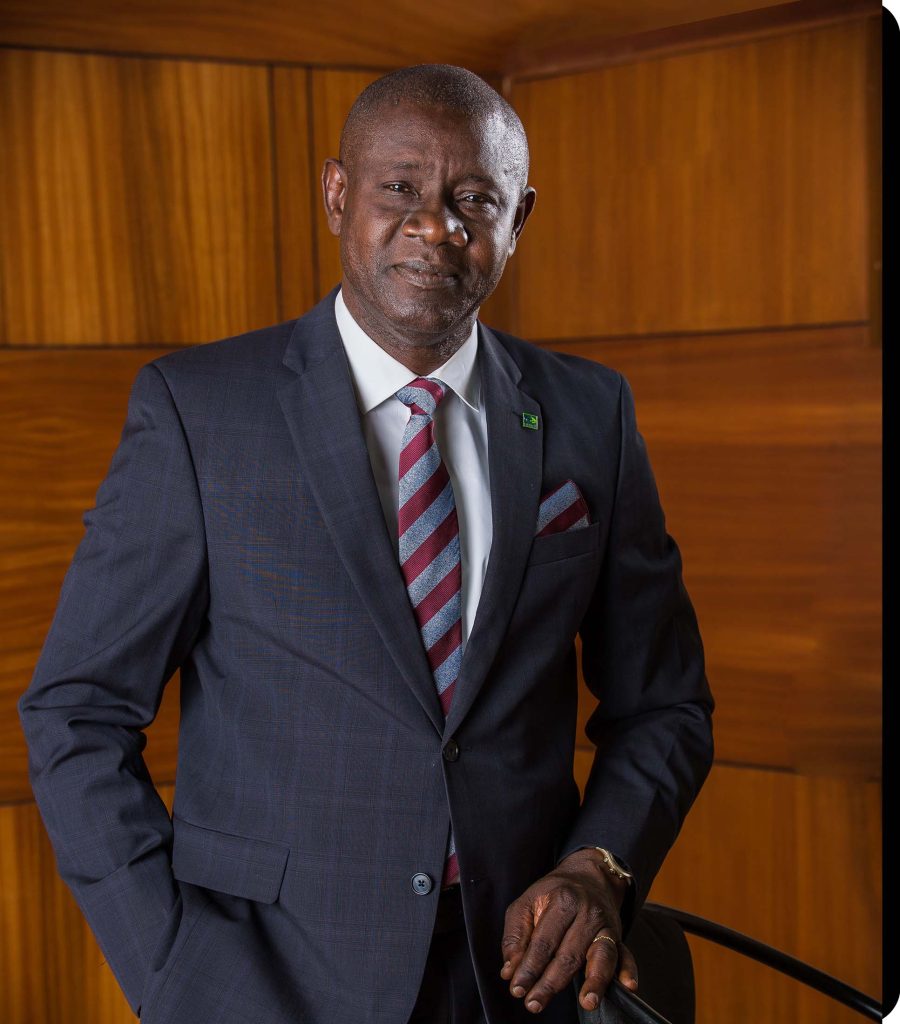 Mr Adebayo graduated from the School of Pharmacy, University of Lagos in 1988. He also has a Diploma in Advanced Computer Techniques and Applications (1998) from the University of Ibadan (Consultancy Unit). He worked with the Federal Ministry of Health in Lagos as an intern pharmacist. He began his career with Glaxo Nigeria Plc in April 1991 as a medical representative. He later on joined the pharmaceutical division of CAP PLC in July 1994 where he developed his skills and competencies in the sales and marketing of healthcare products and FMCGs.

He is a member of the Institute of Directors (IOD). He also completed a top executive leadership programme jointly organized by Nigeria Institute of Management (NIM) and Manchester Business School in Manchester, England, United Kingdom in 2007. 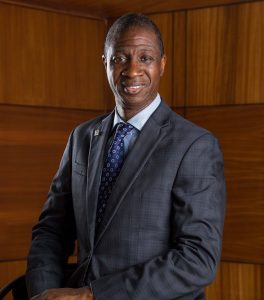 A Pharmacist educated at Nigeria’s premier University- the University of Ibadan and the Stanford Graduate School of Business. He has pursued a career in the pharmaceutical industry since graduation with Fidson Healthcare Plc. He has worked across diverse functions (Sales and Marketing, Business development, Manufacturing, Research and Development and Operations) in the company since inception and has been pivotal in determining her policy direction, strategy execution and has managed organizational change and transformation over the period.

In his present role, he leads a team of over 200 salesmen and has the responsibility to formulate and implement the company’s sales and marketing strategies. An exciting person to have on a team, he is committed to team building and development of leadership skills and ability which he believes is the critical requirement for organizational growth and corporate success. As a community leader, he managed change in his neighborhood association with attendant positive results and commendation. He also plays leadership role in his local church and his committed to the propagation of his Christian faith. 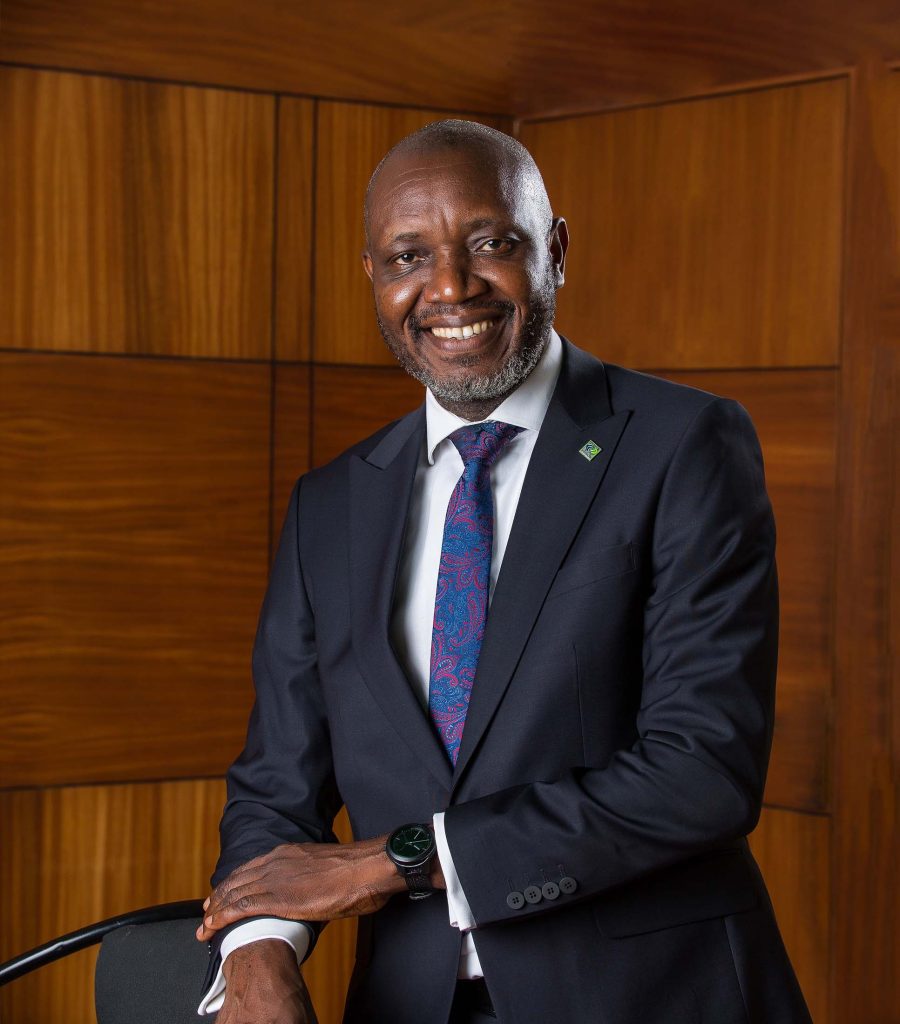 Ola Ijimakin holds a Bachelor of Pharmacy (B.Pharm) degree from the University of Jos (1994) where he won the prize for the best graduating student in his department. He later obtained a Master of Business Administration (MBA) degree from the Business School Netherlands, Buren (2014) where he finished with a distinction.

Ola, as he is fondly called, joined Fidson Healthcare in July 2002 as the Regional Manager, North-East and rose through the ranks to become the General Manager, Sales and Marketing from May 2016, until his elevation to the board.

Over the years, as GM Sales & Marketing, his drive for results reflected in more than a 100% revenue sales growth from N7.6bn to over N17bn.

He is vastly experienced having served in prominent corporations across the country, namely: Ecomed Pharma Limited, Synergy Healthcare Group and GlaxoSmithKline (West Africa) Limited to mention a few.

He is a fellow of the Pharmaceutical Society of Nigeria (PSN). 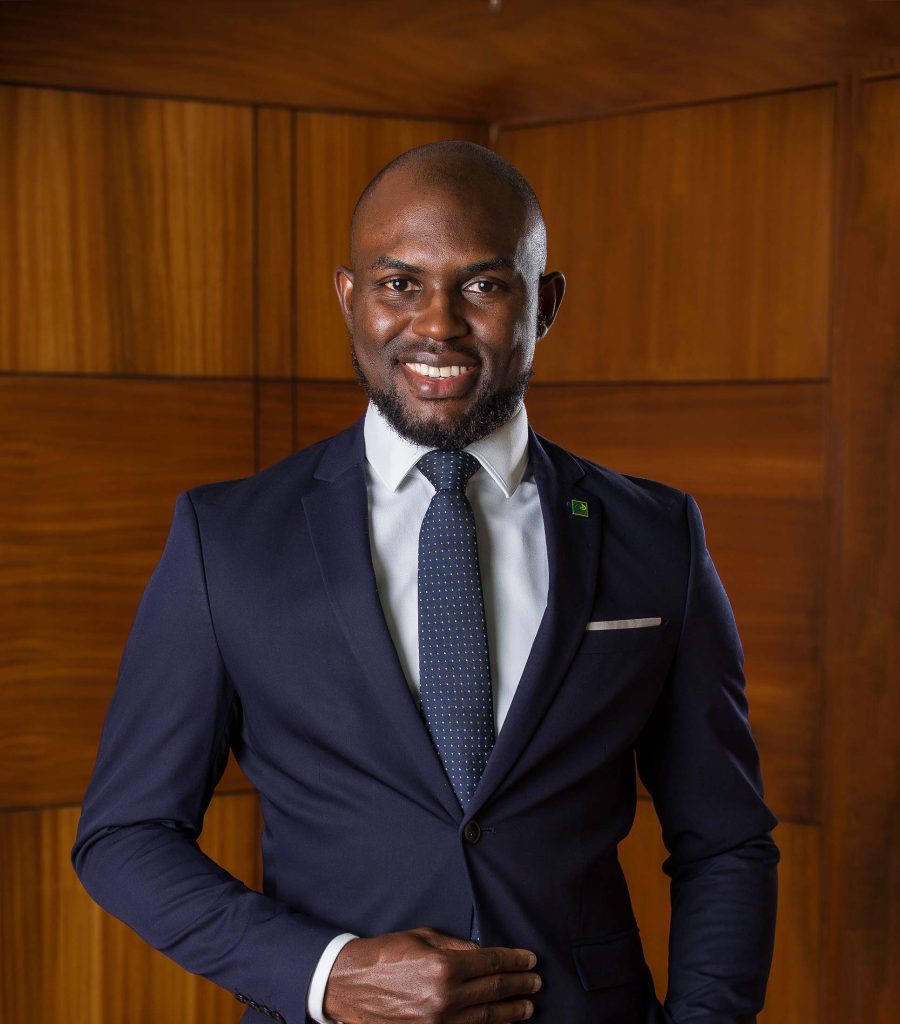 Imokha is a commercially astute finance professional with over 15 years’ experience in finance & accounting, corporate finance, and management consulting. His areas of specialization include financial strategy and control, tax, and treasury management, as well as accounting and reporting.

He joined Fidson Healthcare Plc. in 2013 as the Corporate Finance and Treasury Manager and served on the Company’s Management team as Head, Finance and Accounts for over 4 years prior to his appointment to the Board. His experience has been valuable in Fidson raising circa N25 billion for expansion projects, debt restructuring and working capital funding, which resulted in revenue increase of 25% CAGR and 130% growth in Shareholders’ funds over the last 4 years.

Prior to joining Fidson, Imokha worked at FBN Capital Ltd (now FBN Quest) where he managed several cross-border mergers & acquisitions as a key member of the Financial Advisory team within the firm’s Investment Banking Division. He started his working career in management consultancy with Mouchel Consulting (now WSP Global) in the United Kingdom.