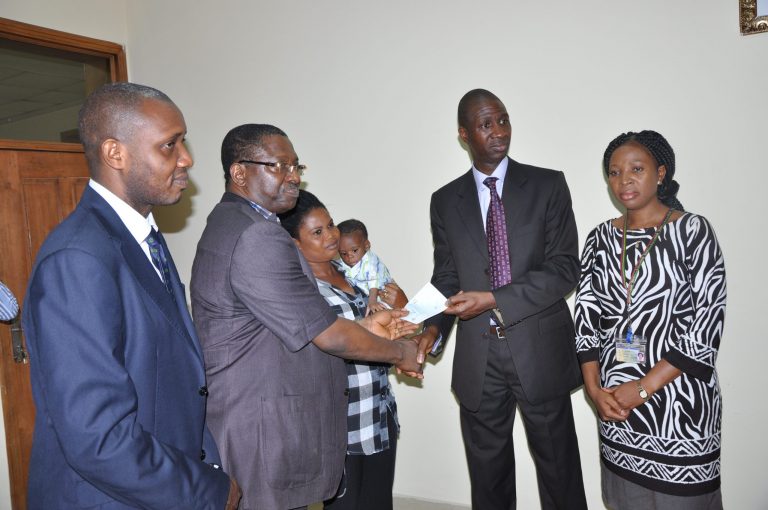 “I Thought He Would Die — Mother of congenital heart defect Patient”

Mr. and Mrs. Omobowale, parents of baby Israel who was diagnosed with congenital heart defect, went through emotional turmoil sourcing the N1.3m they paid to have the problem corrected. At six months of age, little Israel Oluwafeyisayo Omobowale looked very much like a malnourished three-month old. When he tried to cry, it was more of a whimper, as he lacked the energy to do what is an ordinary pastime to babies his age. When baby Israel was born on September 24, 2011, the parents had no inkling that anything was wrong with their new baby, just as the doctors didn’t suspect anything as well.
However, little Israel soon started manifesting the symptoms of what was later diagnosed as Atrial Septal Defects, otherwise known as hole in the heart. To be certain that what was suspected was real, Israel’s mother, Mrs. Oluwatoyin Omobowale was told to take the baby for echocardiography. The doctors also asked the parents to do other tests, including electrocardiogram, chest x-rays and pulse oximetry. At the end of the day, the tests indicated that Israel had many holes in his heart, not just one — a double whammy for everyone concerned.
Needless to say, all the tests and countless hospital visits took their toll on the Omobowales, especially in the area of finance. For a petty trader mother and a teacher father, the task soon became a daunting one and they were afraid that their son would die. At a point, they brought the baby to LASUTH, Ikeja, where the paediatric cardiologist attending to him informed the parents that though the drugs might help a bit, only surgical intervention would save their baby.
As the Omobowales braced up themselves for the reality they’ve just been confronted with, they soon learned that the surgery could not be done in Nigeria and that the baby should be taken to a hospital in India for surgery at the earliest time possible. For a family that is struggling with finance, the N1.3m bill they have to pay for the whole process seemed unattainable. Oluwatoyin soon hit the streets, going from one agency to the other and from one corporate organisation to another in search of financial support for her child’s heart surgery. Together with her husband, they wrote tonnes of letters, which they dropped at the various places where anybody cared to look at them at all.
Her itinerary took her to Fidson Healthcare Plc, Lagos, where she submitted a letter, asking for financial assistance. “Like every other place I visited, I didn’t know anybody at Fidson, but the people I met at the reception treated me well, and it was a huge surprise for us when, about a week later, someone invited me to Fidson headquarters. They asked various questions about my baby, which I answered; following which they promised to fully sponsor his surgery. It was too good to be true,” Oluwatoyin recalled.

So, on March 21, 2012, Fidson representatives presented the Omobowales a check of N1.3m, which not only covered the baby’s surgery but it also took care of the one-month hospital stay in India, feeding and sundry expenses. On April 27, baby Israel went through the surgery, which was successful, and he is now back in the country with his mother.
Unlike what he looked like in March, he is now bubbly and playful, with shiny skin that truly reflects his age.

PrevPrevious PostHow PRODUCTIVE are you?
Next PostDr. Stella Ameyo AdadevohNext 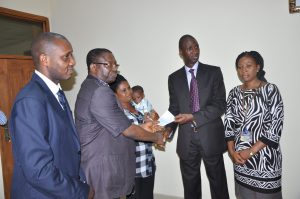 “I Thought He Would Die — Mother of congenital heart defect Patient” Mr. and Mrs. Omobowale, parents of baby Israel who was diagnosed with congenital