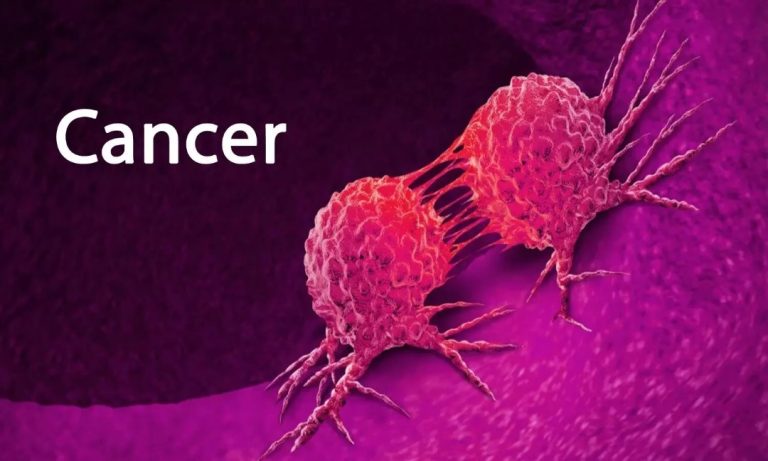 Cancer is a class of diseases characterised by out-of-control cell growth. There are over 100 types of cancer, and each is classified by the type of cell that is initially affected.

Cancer harms the body when damaged cells divide uncontrollably to form lumps or masses of tissue called tumors (except in the case of leukemia where cancer prohibits normal blood function by abnormal cell division in the blood stream). Tumors can grow and interfere with digestive, nervous and circulatory systems, and they can release hormones that alter body functions. Tumors that stay in one spot and demonstrate limited growth are generally considered be benign.

When a tumor successfully spread to other parts of the body and grows, invading and destroying other healthy tissues, it is said to have metastasized. This process itself is called metastasis, and the result is a serious condition that is very difficult to treat.

Cancer is ultimately the result of cells that uncontrollably grow and do not die. Normal cells in the body follow an orderly part of growth, division and death. Programmed cell death is called apoptosis, and when this process breaks down, cancer begins to form. Unlike regular cells, cancer cells do not experience programmatic death and instead continues to grow and divide. This leads to a mass of abnormal cells that grows out of control.

WHAT ARE THE SYMTOMS OF CANCER?

Cancer symptoms are quite varied and depends on where the cancer is located, where it has spread and how big the tumor is. Some cancers can be felt or seen through the skin- a lump on the breast or testicle can be an indicator of cancer in those locations. Skin cancer (melanoma) is often noted by a change in a wart or mole on the skin. Some oral cancers present white patches inside the mouth or white spot on the tongue.

Other cancers have symptoms that are less physically apparent. Some brain tumors tend to present symptoms early in the disease as they affect important cognitive functions. Pancreas cancers are usually too small to cause symptoms until they cause pain by pushing against nearby nerves or interfere with liver function to cause a yellowing of the skin and eyes called Jaundice. Symptoms also can be created as a tumor grows and pushes against organs and blood vessels. For example, colon cancers lead to symptoms such as constipation, diarrhoea, and changes in stool size. Bladder or Prostate cancers cause changes in bladder function as more frequent or infrequent urination.

When cancer spread or metastasizes, additional symptoms can present themselves in the newly affected area. Swollen or enlarged lymph nodes are common and likely to be present early. If cancer spreads to the brain, patients may experience vertigo, headaches, seizures. Spreading to the lungs may cause coughing and shortness of breathe. In addition, the liver may become enlarged and cause jaundice and bones can become paineful, brittle, and break easily. Symptoms of metastasis ultimately depend on the location to which the cancer has spread.

There are five broad groups that are used to classify cancer.

Early detection of cancer can greatly improve the odds of successful treatment and survival. Physicians use information from symptoms and several other procedures to diagnose cancer.

Imagine techniques such as xrays, CT scans, MRI scans, PET scan and Ultrasound scans are used regularly in other to detect where a tumor is located and what organ may be affected by it.

Doctors may also conduct an endoscopy, which is a procedure that uses a tin tube with a camera and light at one end, to look for abnormalities inside the body.

Extracting cancer cells and looking at them under a microscope is the only absolute way to diagnose cancer. This procedure is called Biopsy. Other types of molecular diagnostic tests are frequently employed as well. Physicians will analyse your body’s sugars, fats, proteins and DNA at the molecular level. For example, cancerous prostate cells release a higher level of a chemical called PSA(prostate-specific antigen) into the blood stream that can be detected by a blood test. Molecular diagnostics, biopsies and imaging techniques are all used together to diagnose cancer.

After a diagnosis is made, doctors find out how far the cancer has spread and determine the stage of cancer. The stage determines which choices will be available for treatment and inform prognoses.

Cancer treatment depends on the type of cancer, the stage of the cancer (how much it has spread), age, health status, and additional personal characteristics. There is no single treatment for cancer and patients often receive a combination of the therapies and palliative care. Treatment usually fall into one of the following categories: Surgery, radiation, chemotherapy, immunotherapy, hormone therapy, or gene therapy.

SURGERY: Surgery is the oldest known treatment for cancer. If a cancer has not metastasized, it is possible to completely cure a patient by surgically removing the cancer from the body. This is often seen in the removal of the prostate cancer or a breast or testicle. After the disease has spread, however, it is nearly impossible to remove all the cancer cells. Surgery may also be instrumental in helping to control symptoms such as bowel obstruction or spinal cord compression.

RADIATION: Radiation treatment, as known as radiotherapy, destroys cancer by focusing high-energy rays on the cancer cells. This causes damage to the molecules that make up the cancer cells and leads them to commit suicide. Radiotherapy utilizes high energy gamma-rays that are emitted from metals such as radium or high-energy x-rays that are created in special medicine.

CHEMOTHERAPY: Chemotherapy utilizes chemicals that interfere with the cells division process damaging proteins or DNA-so that cancer cells will commit suicide. These treatments target any rapidly dividing cells, but normal cells usually can recover from any chemical-induced damage while cancer cells cannot. Chemotherapy is generally used to treat cancer that has spread or metasized because the medicines travel throughout the entire body.

IMMUNOTHERAPY: Immunotherapy aims to get the body’s immune system to fight the tumor. Local immunotherapy injects a treatment into an affected area, for example, to cause inflammation that causes a tumor to shrink. Systemic immunotherapy treats the whole body by administering an agent such as the protein interferon alpha that can shrink tumors.

HORMONE THERAPY: Several cancers have been linked to some types of hormones, most notably breast and prostrate cancer. Hormone therapy is designed to alter hormone production in the body so that cancer cells stop growing or are killed completely.

GENE THERAPY: The goal gene therapy is to replace damaged genes with ones that work to address a root cause of cancer: damage to DNA. Gene therapy is a very young field and has not yet resulted in any successful treatments.

HOW CAN CANCER BE PREVENTED?

Cancers that are closely linked to certain behaviours are the easiest to prevent. For example, choosing not to smoke tobacco or drink alcohol significantly lower the risk of several types of cancer- most notably lung, throat, mouth and liver cancer. Even if you are a current tobacco user, quitting can still greatly reduce your chances of getting cancer.

Skin cancer can be prevented by staying in the shade, protecting yourself with a hat and shirt when in the sun and using sunscreen.

Diet is also an important part of cancer prevention since what we eat has been linked to the disease. Physicians recommend diets that are low in fat and rich in fresh fruits and vegetables and whole grains.

Certain vaccinations have been associated with the prevention of some cancers. For example, many women receive a vaccination for the human papillomavirus because of the virus’s relationship with cervical cancer. Hepatitis B vaccines prevent the hepatitis B virus, which can cause liver cancer.

Some cancer prevention is based on systematic screening in order to detect small irregularities or tumors as early as possible even if there are no clear symptoms present. 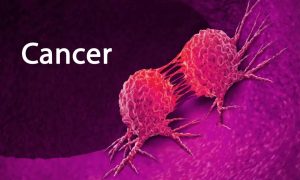 Cancer is a class of diseases characterised by out-of-control cell growth. There are over 100 types of cancer, and each is classified by the type